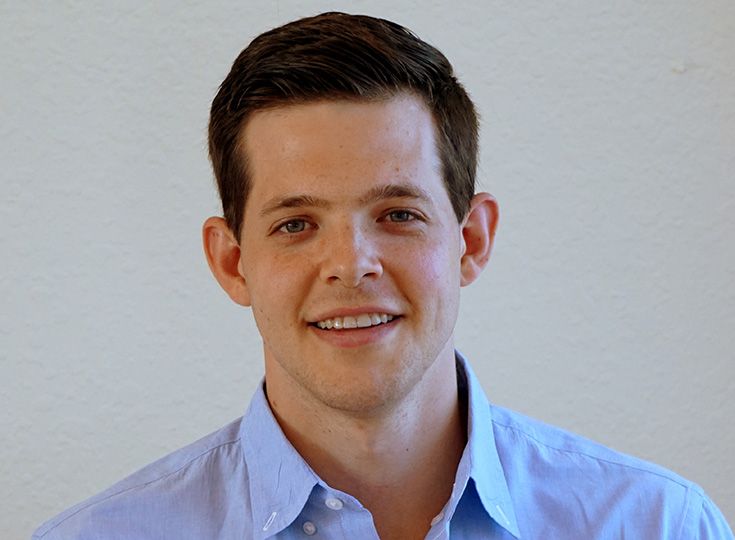 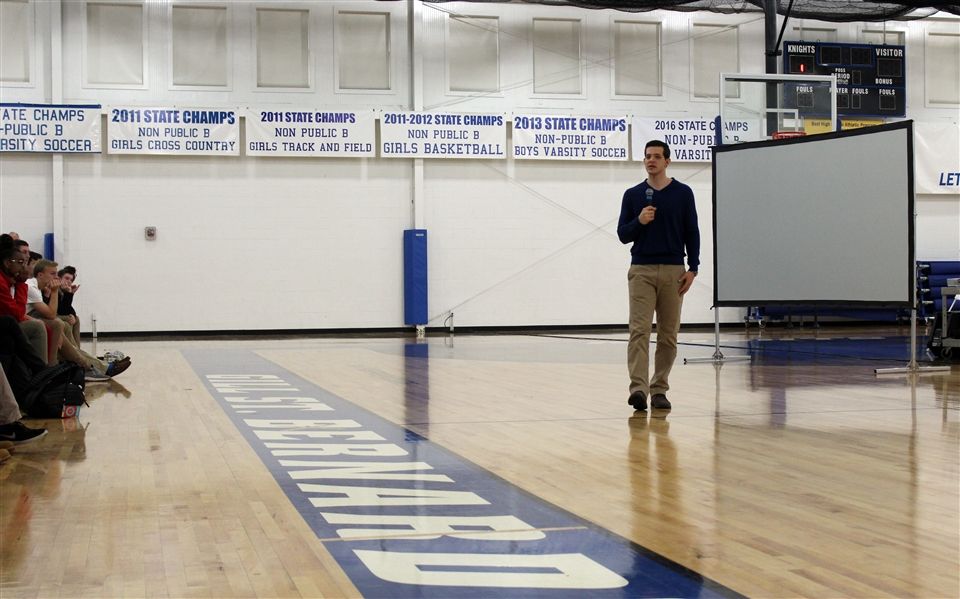 Sharing His Journey to Recovery: Speak Sobriety Founder Gets ‘Real’

Posted 11/6/2017
Stephen Hill, founder of Speak Sobriety and a recovering drug addict, spoke to the Upper School this morning as part of the Upper School Speaker Series.
Hill shared intimate details of his difficult struggle with alcohol and drugs, including his “worst moment” when police raided his family’s home, to an attentive audience of students. "I started Speak Sobriety because I wanted other people to feel comfortable opening up about their own struggles," he said. "I want students to understand that the decisions they make today can affect the rest of their lives and the ability to make good decisions is greatly reduced when under the influence of drugs or alcohol."
Hill had all the makings for success in high school—a loving family, lots of friends in his rural New York State hometown and good grades. He was even a star athlete in lacrosse, already playing at the high- school level in eighth grade. But it was this experience of playing with older athletes that initially introduced him to drugs and alcohol. By the time Hill entered his freshman year, he was drinking and using marijuana regularly—even selling it. His life quickly spiraled out of control and at 16, Hill found himself a high school dropout addicted to prescription pain killers and heroin.
After sinking deeper and deeper into addiction in his late teens and early twenties and seeing many friends succumb to heroin and opiate addiction, Hill was finally able to achieve sobriety at the age of 24, following a five-month stay at a rehabilitation center in Connecticut. Even after achieving sobriety, Hill remained at the rehab program for one year and slowly but surely began to put his life back together, eventually working at the rehab center to help others. Family, friends, sports, health, fitness and helping others became the top priorities in his life again. Today, the 28-year-old is five years clean and sober and says "Everything good that I have in my life today is a direct result of sobriety." And there is much good. Hill earned his bachelor’s degree in May from John Jay College of Criminal Justice and is now attending law school at Brooklyn College. He also got engaged this summer.

"Our students truly appreciated Stephen's candor," said Dean of Students David Pasquale, who leads the speaker series. Stephen does an excellent job bringing us into his personal struggle, making it very real, starting the conversation about addiction and the risks and offering guidance for our students," he added. To learn more about Hill, please visit Speak Sobriety.
Back