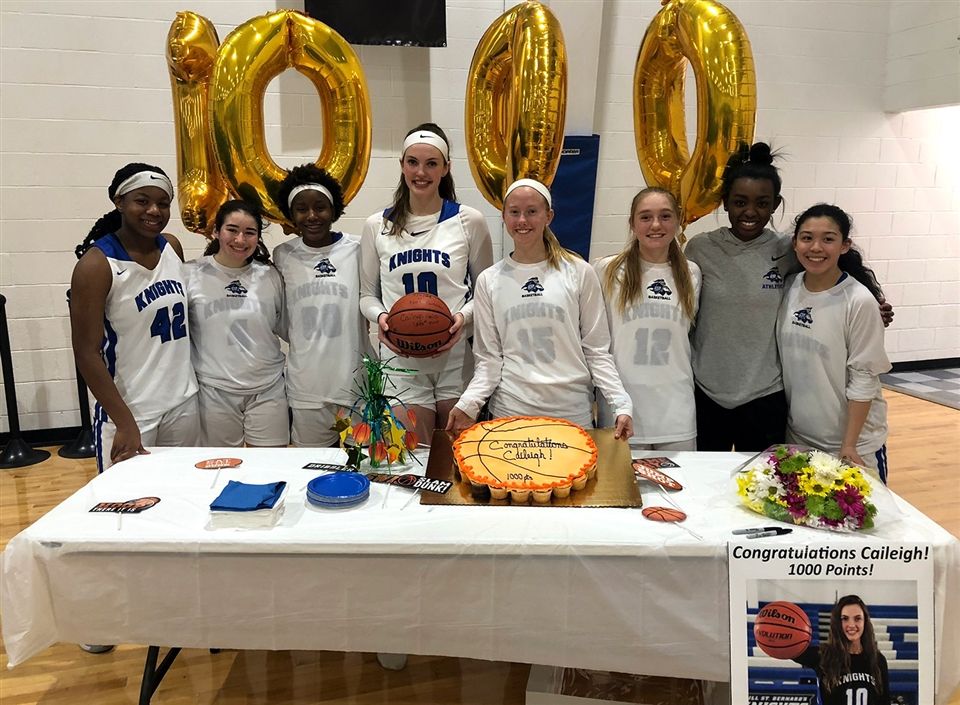 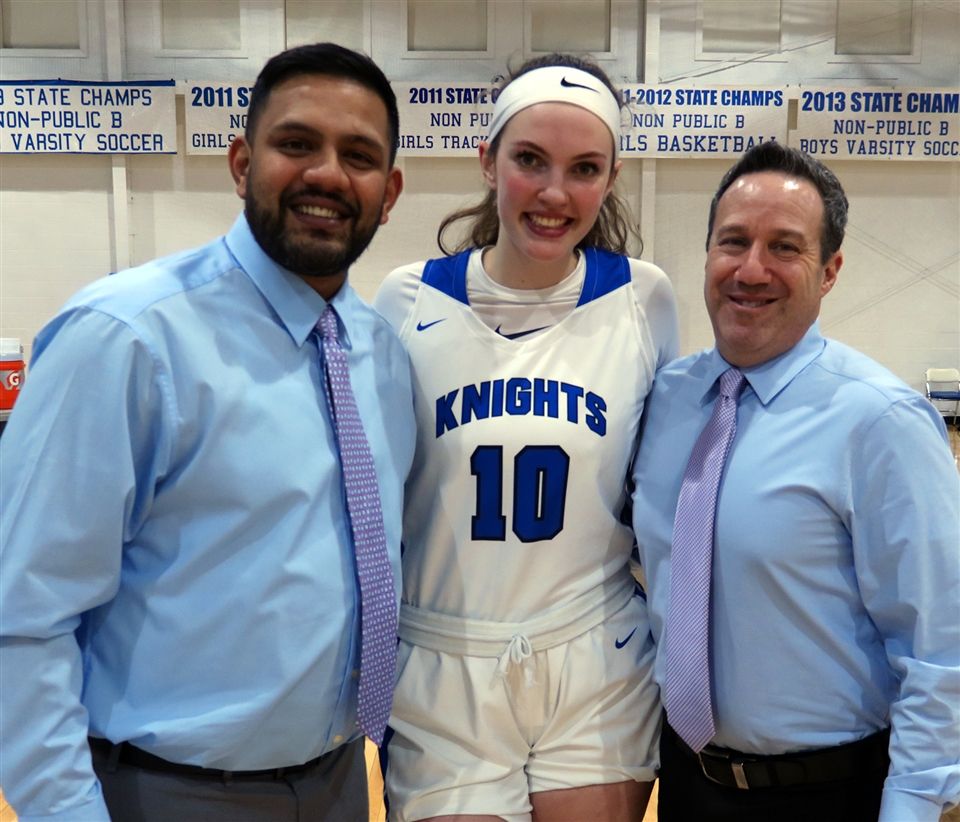 Posted 2/7/2020
It was an unforgettable night for dominant junior basketball player Caileigh Walsh, as she recorded her 1,000th career point during the Knights' 76-59 win over North Hunterdon on Thursday, February 6.

"I'm so happy for Caileigh," said head coach Mark Gnapp. "This is a great achievement for her, especially that she is only a junior. She has continued to improve each season, and she is a great teammate and an unselfish player. Also, important to note, Caileigh could not have achieved this goal without her teammates; they are a big part of this!"

It was not a guarantee that Walsh would get the 1,000th point on this night, as she needed to score 20 points to reach the milestone. Rising to the occasion, Walsh secured the historic achievement late in the fourth quarter on an assist by Anna Gnapp '22, finishing with 24 total points to go along with 13 rebounds, six assists, and three blocks.