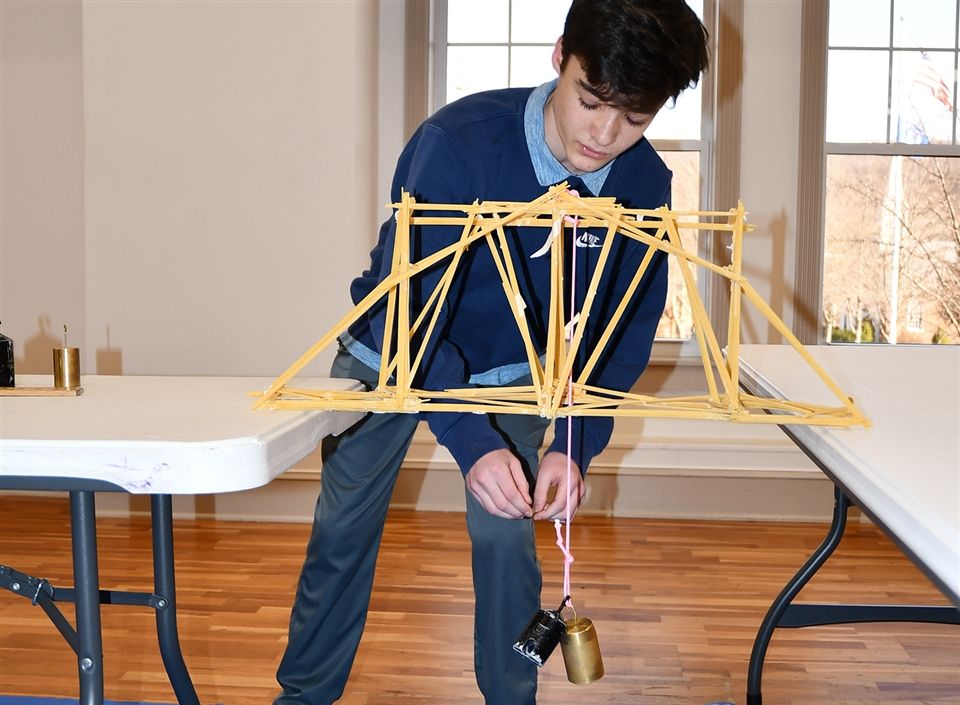 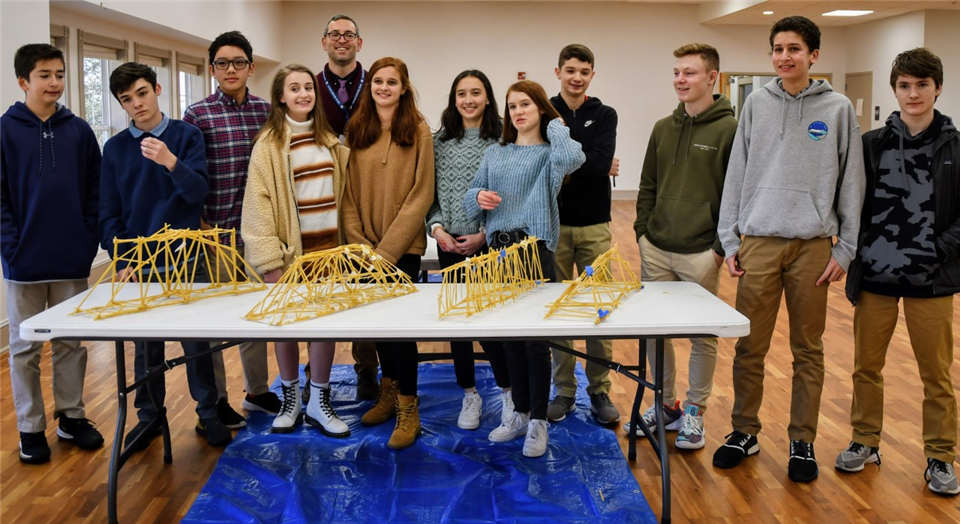 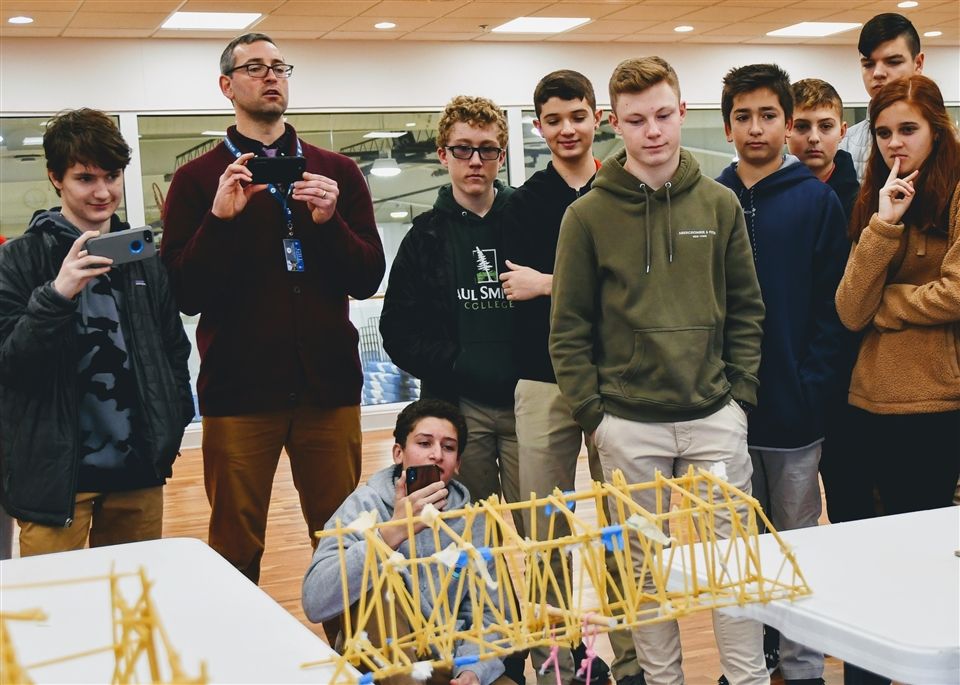 Posted 1/10/2020
Rising to the challenge, Frank Corrado's eighth grade geometry students worked in teams designing and building truss bridges from one pound of spaghetti, a jar of glue, and a bit of tape. The goal was to see how much weight the bridges could hold before collapsing. Suspending each bridge across two tables, students gently added weights to determine how much each bridge could hold. As the suspense grew, gram by gram, bridges ultimately collapsed before the group of captivated participants.

And, the bridge that held the most weight of 2,940 grams was from the team of Whitney Lapper, Aaron Combs, and Jack Dahler! Congratulations!
Back