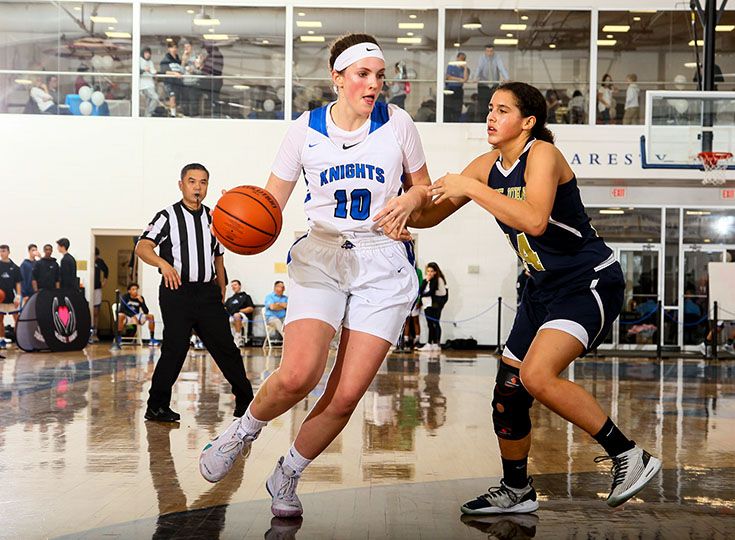 The Knights got the season off on the right foot by winning their first two games. They opened with an exciting 61-59 victory over Hillsborough. Ella Fajardo '21 exploded for 28 points, while Caileigh Walsh '21 also had a productive game with 19 points, 11 rebounds, and six blocks. Devyn Scott '20 recorded a double-double with ten points and ten assists.

Walsh was once again a huge factor for GSB the following day as the Knights defeated Payne Tech, 70-26. She recorded another double-double with 17 points, 14 rebounds, six assists, and six blocks. Other Knights recording double-digit points were Fajardo (13), Kayla Palaia '22 (11), Aniya Boston '23 (10).

Things got tougher for GSB in their next game, losing to the 15th-ranked program in New Jersey, Rumson-Fair Haven, 47-36, on December 27. Walsh led Gill with 14 points, nine rebounds, and five blocks in the loss.

The Knights faced another top opponent the following day, the sixth-best program in the state,
St. John Vianney, and fell a bit short in their upset bid by losing 52-40. Walsh was once again the leading factor for GSB, recording 14 rebounds while scoring 13 points.

Gill continues its run against top competition on January 2, as the Knights battle Franklin, the top program in New Jersey.
Back