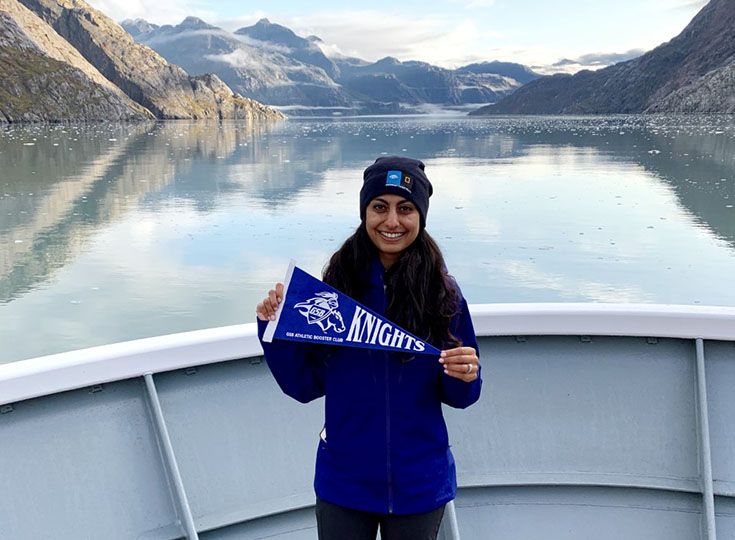 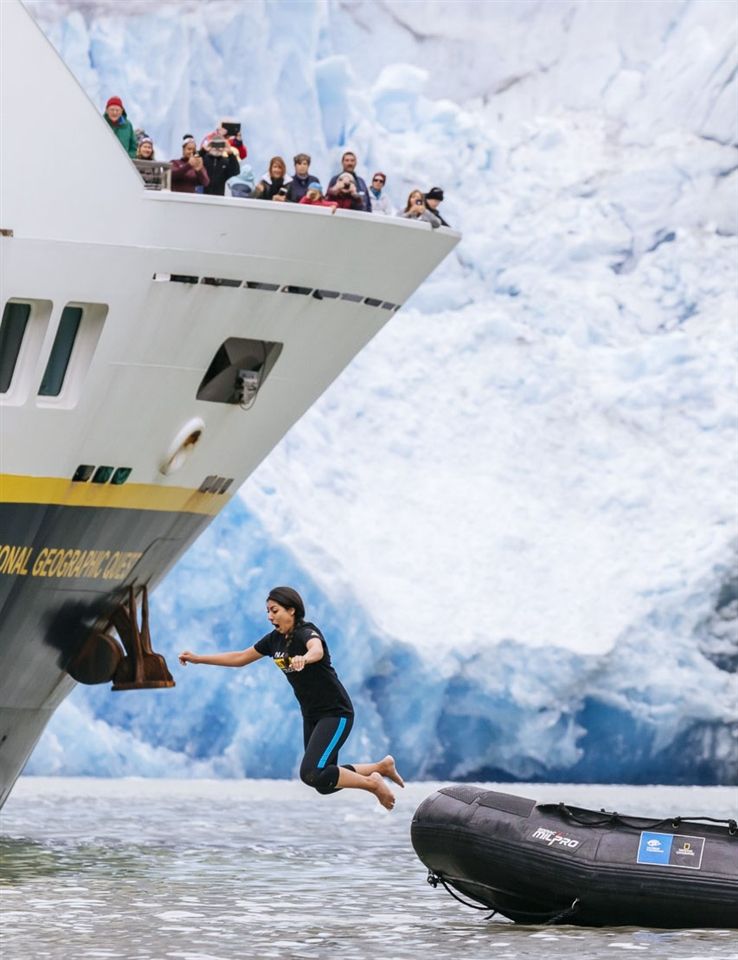 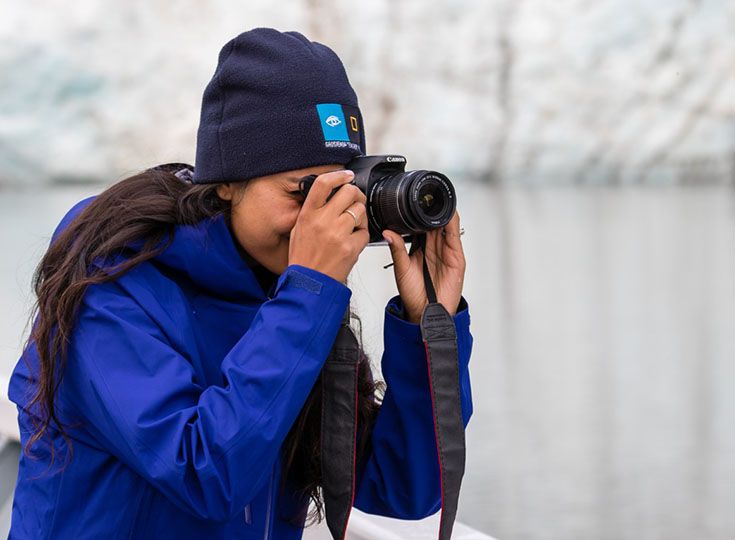 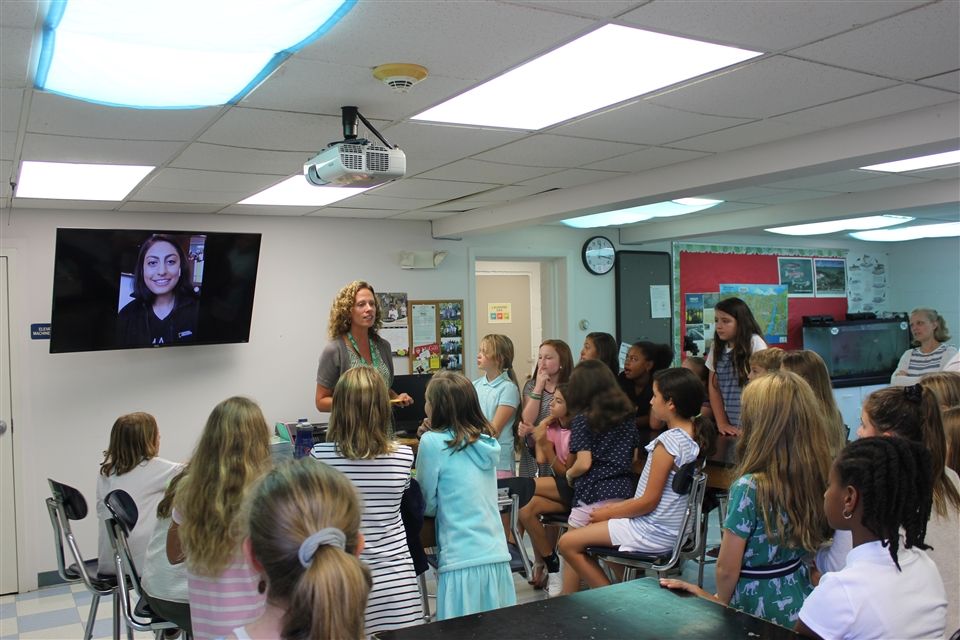 Syed spent two weeks in late-August and early-September traveling and exploring the Pacific Northwest on the National Geographic Quest, a 238-foot long vessel, which has 50 “cozy” cabins for the 45 teachers who were selected for this fellowship. The ship brought Syed to multiple locations along the Alaskan and British Columbian coast, including Glacier Bay National Park, the Inian Islands, and the famous Sawyer Glacier.

It was at Sawyer Glacier in which Syed participated in a “Polar Plunge” – which is a tradition that involves jumping into water that is in freezing temperatures. Those brave enough to jump into the icy waters receive a patch to celebrate their bravery. Syed admitted that this was something she normally would never do, so she asked her students last year if she should do it, to which the response was a resounding yes.

When the Internet connection was strong enough, Syed was able to keep a thorough blog documenting her adventures, which can be read here. The only downside to this academic trip was that Syed had to miss the first days of the new school year. With a desire to be able to connect with her students, and with the help of fellow Middle School Teacher Carrie Johnson, Syed was able to Skype with the entire fifth grade all the way from British Columbia.

During the Skype session, students asked Syed about her adventures in the Northwest. She told the full classroom that her favorite experience on the trip was being able to see the Northern Lights and how truly breathtaking this natural occurrence is. Describing the features of the ship, which she resides, she told the students she is sharing a cabin with a teacher from Kansas. Many students were curious about the animal life in that area, to which Syed told the excited class that she is seeing all types of bears, sea lions, seals, humpback whales, and orcas.

While it was certainly an adventure of a lifetime, the students clearly miss having their science teacher on campus, and it could be seen that Syed misses being in the classroom as well. Luckily for everyone, Syed will be returning from her expedition today, ready to share all her experiences with her students – but, this time, in person.
Back