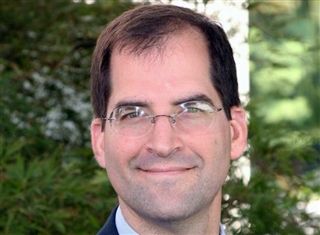 At this point in the year, as our students prepare to engage great minds from Homer to Hawking, I recall similar encounters, long past, of my own.
Thirty years ago, I first read French scientist Blaise Pascal’s assertion that all of humanity’s difficulties are the result of our inability to sit alone in a room and think, an inability which manifests itself in our need to fill our heads and busy our hands with distractions. Three decades ago, upon entering our cars, we would immediately turn on the radio to fill our space with noise or to drive away any unpleasant thoughts. Little could we imagine devices whose omnipresence would fill not only our car rides, but any moment that might otherwise be given over to reflection or introspection.

Ten years later I encountered Russian novelist Fyodor Dostoevsky’s opinion that civilization has not resulted in the betterment of humanity, but only increased the number of our sensations. Back then I thought about how entertainment advanced from the family fireplace to television without a demonstrable increase in human goodness. At the time, none of us realized that we would soon be able to carry an infinite variety of sensations—sights, sounds, words, instant drama, addictive games, daily indignation—in any purse or pants pocket wherever we went.

A decade ago, I read the words of Chinese philosopher Lao Tzu, who said that it is not the clay of the pot that makes it useful, but the emptiness within it that we fill. There has been much educational ink spilled in recent years about the use of technology, its benefits and detractions from the lives of our teenagers, and the increased disconnection, anxiety and depression amongst our young people that may or may not be tied to our need to fill empty time, as Pascal would point out, or to find ever-novel sensations, as Dostoevsky would suggest. Fortunately, here at Gill St. Bernard’s we know that it is not what we load in our devices, but the values we carry in our hearts that determines a meaningful life.

After reflection on these voices from the past, some people would be inclined to see our path as a downward spiral, one in which humanity, once at its best, becomes no better. Others would disagree; Pascal loved technology, and he was among the first inventors of the calculator and would doubtless be impressed by the iPhone. Dostoevsky himself was addicted to gambling, and he might have benefited from a Fitbit to turn that need for novelty into positive fitness goals.

Perhaps, then, the solution lies not in Russia, China, or France, but closer to home. Throughout the 1787 Constitutional Convention in Philadelphia, Ben Franklin mused about George Washington’s chair, which bore a carving of the sun on the horizon. He wondered if the sun were meant to be rising or setting, but in the end decided it was rising, symbolic of a nation’s bright beginning. For us at Gill, despite all the distractions, sensations, and emptiness we may encounter in life, we can strive to ascend to a new day.
Back