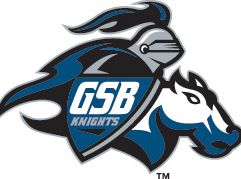 Posted 6/12/2019
The Middle School track and field team was the largest athletic roster at Gill this past academic year with 67 members from grades 5-8. This team experienced great success on the individual level, while all of the students improved overall in fitness and technique.

One of the biggest days on the calendar was the Silver Spike Invitational that Gills hosts every year. It consisted of 12 independent schools from all over New Jersey. Overall, the Knights earned three medals with Katie Lin ‘23 grabbing first in discus, Zyriq May ‘24 taking second in long jump, and Lauren Rossiter ‘23 finishing third in 100 hurdles. The boys’ squad finished sixth while the girls’ team took seventh.

“We had a very young team and we were very proud of their hard work and enthusiasm,” said head coach Shelly LaBarre. “They were willing to try new events and that made coaching them very enjoyable.”
Back