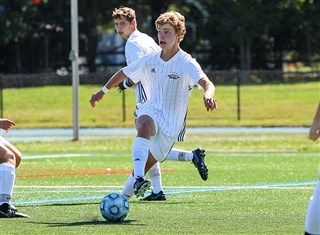 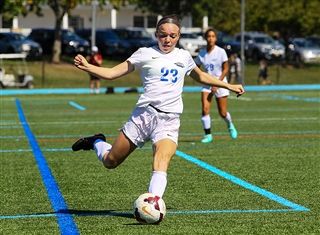 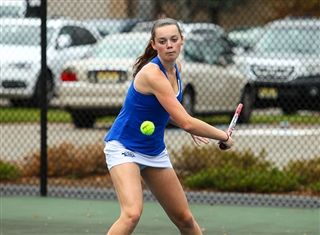 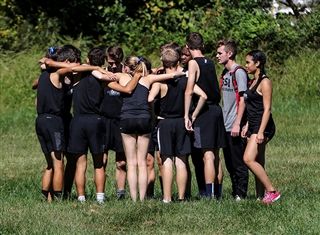 Athletics Recap for Week of September 10-16

Posted 9/17/2018
Boys’ Soccer Records First Win of the Season
The boys’ soccer team recorded its first win of the season last week as the team defeated Ridge 5-0 on Tuesday, September 11. It was the 499th career win for head coach Tony Bednarsky.

Be sure to check the boys' soccer page in the upcoming days for a recap of their experience at the Mainline Soccer Jamboree that took place on Sunday, September 16.

Girls’ Soccer Continues Strong Start
The girls’ soccer team continued its hot start to 2018 as the Knights went 2-1 this past week and outscored their opponents 15-2.

Gill started off the week by falling to a tough Rutgers Prep team 2-0 on Tuesday, September 11. Goalkeeper Teresa Zimmer ‘20 recorded seven saves on the day.

The offense picked up after that game, however, as the Knights topped Bound Brook 7-0 on Thursday, September 13. Leading the way for Gill was Hayley Goldin ‘19 as she scored two goals and recorded an assist. Also scoring goals were Ava Kolb ‘20, Kajal Mehta ‘19, Eve Ryan ‘19 and Catelyn Woelfle ‘19.


The Knights were able to keep the momentum going through the weekend, as they defeated Manville 8-0 on Saturday, September 15. Goldin and Emily Raia ‘20 each contributed two goals. Also having a big day for Gill was Ryan, recording three assists.

The Knights are currently 4-1 and sit in second place in the Mountain Division standings.

Gill won its first match of the week, defeating Ridge by a score of 4-1 on Thursday, September 13. Mayjah Jean-Pierre ‘21, Ella Baker ‘21, and Michaela Kroon ’22 won their singles matches while Andree Aloise ‘19 and Tori Goldin ‘20 teamed up to win at first doubles.

The Knights ended the week with a 3-2 win over Bridgewater Raritan on Friday, September 14. Jean-Pierre, Baker and the team of Aloise and Goldin won their matches in the victory.

With a 4-0 record, the Knights currently rank 19th in the state.

Cross Country Comes Running Out of the Gate
The cross country team faced its first competition of the season at the Newark Academy Invitational on Saturday, September 8.


The next invitational for the Knights will be on Saturday, September 22 at the Bernie Magee Memorial Meet.
Back